Added some photos of Will at SDCC this past Saturday to the gallery! He joined the other cast from Guardians of the Galaxy Vol. 3 along with director James Gunn to do a panel about the movie. They showed an exclusive teaser for the movie, which included a first look at Will as Adam Warlock, but it hasn’t been released online yet. Hopefully we’ll get to see it soon! You can watch the full panel below (minus the exclusive teaser). 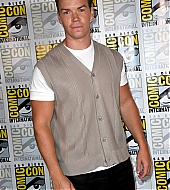 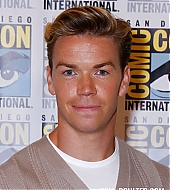 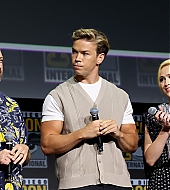 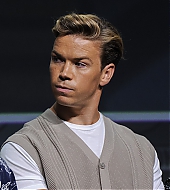 END_OF_DOCUMENT_TOKEN_TO_BE_REPLACED

Will Poulter Teases What’s In Store In Guardians of the Galaxy Vol.3 As He Joins The MCU

Will stopped by This Morning to chat about Guardians of the Galaxy. Rumor is, he’ll make some kind of appearance at SDCC tonight, so look out for that!

Will Poulter To Play Adam Warlock in Marvel’s ‘Guardians Of The Galaxy Vol. 3’

Will has officially joined the MCU! It was announced that he will play Adam Warlock in the upcoming Marvel movie Guardians Of The Galaxy Vol. 3. Writer/director James Gunn confirmed the news on Twitter, and Will shared his gratitude. James also confirmed that the movie starts filming soon and is currently scheduled to be released on May 5, 2023. Congrats to Will for this huge opportunity!

After teasing his appearance at the end of Guardians of the Galaxy Vol. 2, Adam Warlock looks ready to join the Marvel Cinematic Universe in the next installment of the hit franchise. Sources tell Deadline that Will Poulter has landed the role of Warlock in Marvel’s anticipated sequel. James Gunn is returning to direct, with Marvel Studios president Kevin Feige producing.

Like with any Marvel film, details behind the plot are being kept under lock and key. Production is expected to start in November.

The character was first teased in a post-credit scene of Guardians of the Galaxy Vol. 2, when Ayesha, played by Elizabeth Debicki, unveils to her chambermaid the perfect Sovereign she has created to help destroy the Guardians once and for all. Ever since that scene, fans have waited patiently to see who would ultimately play that character, with their wishes now granted.

Sources say Gunn and execs began their lengthy search for the person would be playing Warlock at the end of August, with Poulter meeting along with several other actors for the coveted part. As it is common with any major Marvel property, execs and Gunn took their time with the role given how excited fans were when it was first teased. In the end, Poulter’s test was too good to pass up.