END_OF_DOCUMENT_TOKEN_TO_BE_REPLACED

Here’s the official trailer for another upcoming project for Will, called Detroit. The movie also stars John Boyega and Anthony Mackie. Detroit will be in theaters August 4, 2017.

A full trailer was released for Will’s upcoming Netflix film War Machine. The film will be released on Netflix on May 26, 2017. Watch below!

Watch Will Poulter in the new teaser trailer for ‘War Machine’ on Netflix!

We finally have a teaser trailer for Will’s upcoming film, War Machine! It will be released on Netflix May 26, 2017! If you need more info about the film, read the description from the trailer below. I’m really excited to see this one!

A pitch-black war story for our times, writer-director David Michôd (Animal Kingdom) recreates a U.S. General’s roller-coaster rise and fall as part reality, part savage parody – raising the specter of just where the line between them lies today. His is an absurdist look at a born leader’s ultra-confident march right into the dark heart of folly. At the story’s core is Brad Pitt’s sly take on one of the most polarizing war figures of a generation: successful, charismatic four-star General Stanley McChrystal, who leapt in like a rock star to command NATO forces in Afghanistan, only to be taken down by a journalist’s no-holds-barred exposé.

Captures: Will Poulter in ‘Son of Rambow’

I’ve got captures from Son of Rambow, which was released 10 years ago, all the way back in 2007. This is also the grand opening of the new photo gallery! We had one before and I took it down, but now it’s back! There are currently over 3,000 photos and counting. Check back in regularly for more photos! 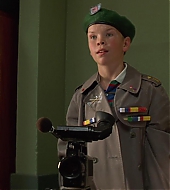 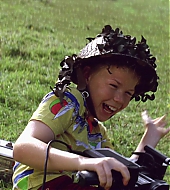 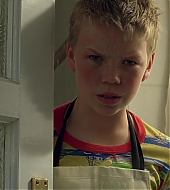